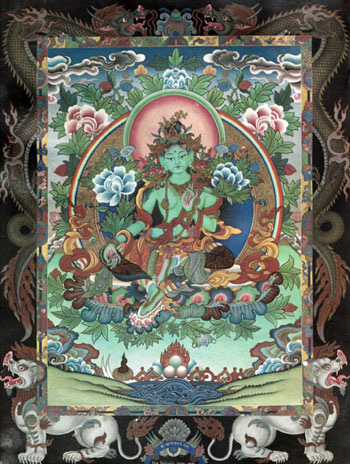 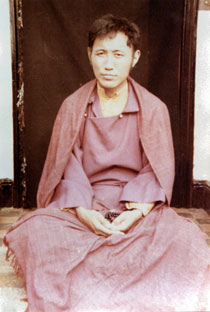 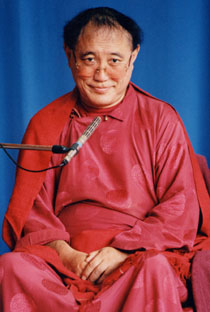 
Lama Chime Rinpoche was born at Pema Thang (the Plain of the Lotus) in the province of Jyekundo in Eastern Tibet in 1941 and recognised at the age of two as the 9th Incarnation of Lama Chime Youngdong of Benchen monastery, where he was brought up. He received the transmissions of Mahamudra from His Holiness the 16th Gyalwa Karmapa Rinpoche and the 9th Sangye Nyenpa Rinpoche, and Dzogchen from His Holiness Dilgo Khyentse Rinpoche. He was introduced to the essential nature of his own mind by Khenpo Gangshar. He then completed the 3 year 3 month 3 day solitary retreat of the Karmapa tradition, during which he mastered the Six Doctrines of Naropa. Following this, he assumed his position as Abbot of Benchen monastery, but after six months, in 1959, he lead his monks and lay people to Lhasa and hence to refuge in India due to the Chinese oppression following their invasion of Tibet in 1949. Since 1965, he has resided in the UK. He worked for 16 years as curator of the Tibetan Language Collection at the British Library in London. He has worked ceaselessly teaching the Dharma and bestowing spiritual instruction. Derek was accepted as his pupil and took refuge with Lama Chime Rinpoche in 1973, receiving blessings and teachings that have enriched his life.